by Grant Phabao & The Lone Ranger 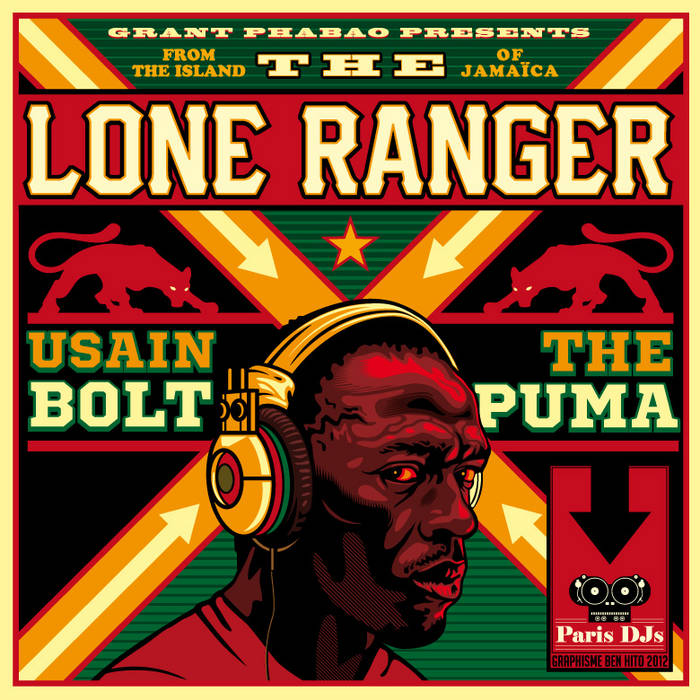 The song starts on a killer chorus hook before slipping into an unstoppable flow of no less surprising verses, filled with wiki-accuracy, wicked rhymes and dynamic rub-a-dub gimmicks. The reggae groove itself is relentless, tight and bumpy, like 70s Jamaica sounding heavy.

While chillin' with Jamaican singers The Lone Ranger, Jim Brown and Carlton Livingston a few weeks ago at Paris DJs studios, Djouls and Grant Phabao asked them what they should do with the song, with the 2012 Olympic Games happening very fast and the buzz around Usain Bolt growling like thunder… The Jamaicans all replied instantly that the track should be put up and spreading, that all the "but what if he doesn't win this time?" doubts should be erased because there was "no way" he was gonna lose. Being asked "how do you know that?", the Paris DJs operators were offered the most simple answer: "because he is Usain Bolt".


Singer The Lone Ranger was the number one soundsystem deejay between 1977 and 1981 on the island of Jamaica. A 100% authentic Jamaican legend from the big years of Studio One Records, The Lone Ranger has been bringing back the golden years of rub-a-dub lately with the Soul Stereo Soundsystem in clubs, with Jamaica All Stars on stage at the Garance Reggae Festival 2012, or in the studio with Grant Phabao, one of the rare producers to have restored the sound of 1970s' Jamaica.

Paris DJs are an international music bureau operating from Paris (as its name says), which offers customized services to projects associating music and brands. Their thematic podcasts have already been downloaded by more than 2.6 millions of cybernauts. Paris DJs are currently working on the release of their first compilation, Dis Is Good For You (on an Afro/Tropical/Reggae tip), while developping George Clinton's upcoming website with amazing French graphic designer Ben Hito, who cooked a beautiful art cover and a few other Usain Bolt paintings for the occasion...