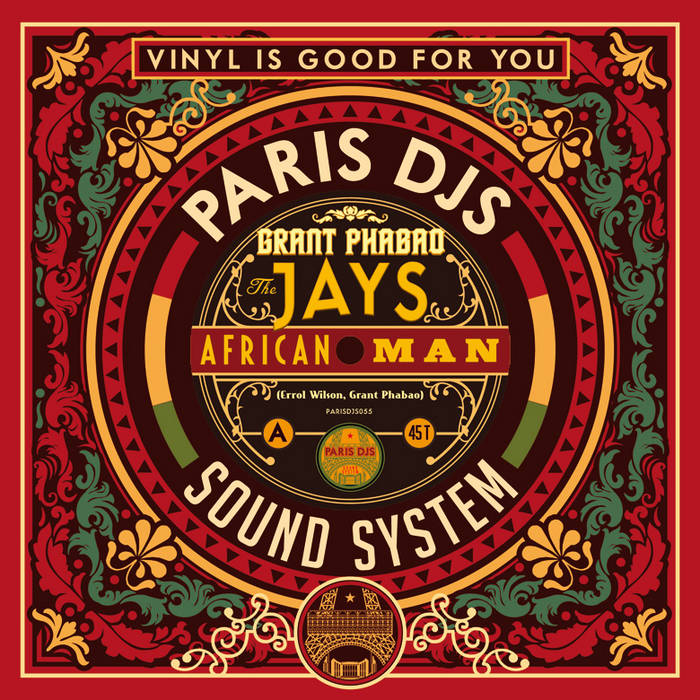 One month before the release of The Jays full-length album, 'Stepping up In Time', Paris DJs were letting off some steam with a new digital single, 'African Man', a massive reggae anthem - black, proud, and fighting for the future - along with two astonishing remixes from in-house producer Grant Phabao and Austin-based producer Adrian Quesada.

Following up on the limited 45 pressed in Jamaica 'Don't Sell Your Soul', from 2009, and the digital EP 'Stepping Up In Time', from january 2013, the Jamaican vocal harmony trio composed of Lloyd Forrest, Errol Wilson and Leroy Hall, with Paris-based 70s roots music expert Grant Phabao at the helm of production, deliver some brothers greatness that gets into your soul. Repatriation is on the central tenets of the Rastafari movement, even if The Jays are all Jamaican natives, they strongly feel that the truth from their ancestors makes them African men.

Along with this roots reggae burner come two astounding remixes, a swinging jazz version by Grant Phabao who proves once again he can tackle any kind of musical style, and, cherry on the cake, a latin funk remix from Texas' most interesting musical activist Adrian Quesada. The man has been putting our amazing music relentlessly with his many eclectic bands (Grupo Fantasma, Brownout, Ocote Soul Sounds, The Echocentrics…) and productions (Daniel Johnston, Hard Proof Afrobeat, The Funk Ark, Natalia Clavier…). His remix of The Jays' 'African Man', full of psychedelic twangling guitars drenched into reverb rings so perfectly with the harmonies of liberty that it could easily have been featured on Quentin Tarentino's latest soundtrack, 'Django Unchained'!

The full-length album from The Jays, 'Stepping up In Time' was released digitally in March 2013 through the Paris DJs label.

Now here's the 45 VINYL version of this digital single, edited, re-mixed and re-mastered during the summer 2014 by Grant Phabao. It was pressed at only 300 copies, half of which were pre-ordered through a crowdfunding campaign, so get it before everybody else does - the stocks won't last long!!