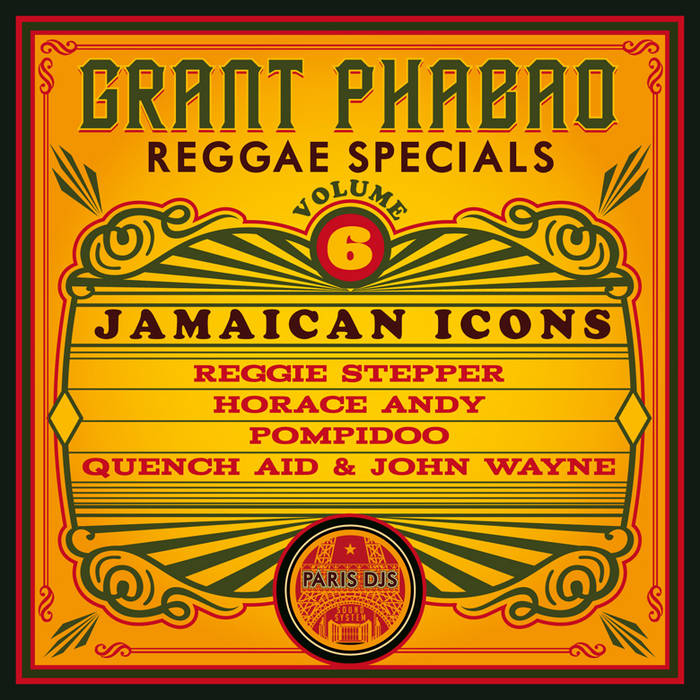 Jad Still coming back to this hard. Come Ya Fi Talk grabs all your attention at first but all of the tracks are gold. Favorite track: Come Ya Fi Talk.

Mike Armour i'm not even a fan of 'dancehall' but this album is just amazing. Favorite track: Come Ya Fi Talk.

SAE Track 4 is INCREDIBLE -- and worth sitting down and listening, closely and hard, to Favorite track: Come Ya Fi Talk.

Reggie Williams, better known as Reggie Stepper took his deejay name from local football team The Steppers some 30 years ago already. The veteran Dancehall DJ's intense vocals are instantly recognizable, friggin phenomenal. Inspired by Trevor Ranking, U-Brown and Buju Banton, he's considered to be among the better examples of the new Jamaican ‘chatters’ from the 85-93 era. His big hits include 'Kim-Bo-King' in 1989, and the searing 'Cu-Oonuh' produced by Winston Riley in 1990, both known for provoking dancefloor mayhem through to the present day. 'Whining Skills' (1989) and 'Drum Pan Sound' (1990) were also in constant rotation at the time. He got sampled by Kanye West, Lil Wayne, Madlib, Afu-Ra, Brother Ali, Lords Of The Underground, Run DMC, Gwen Stefani and many others along the years…

Grant Phabao ranks among the best roots reggae and ska producers of his time. Along with Ticklah, Prince Fatty, Butch Cassidy Sound System and a few others, he's managed to bring back real memories of a Jamaican golden age with his own, unique sound. Many legends of Jamaican Soul (wether labeled "ska", "rocksteady", "reggae", etc.) have been coming to the Paris DJs studio to inquire about this cool guy sounding like The Aggrovators, Soul Syndicate or The Revolutionaries all by himself: The Lone Ranger, Carlton Livingston, Echo Minott, The Silvertones, The Jays and many others. His reggae productions were picked for synch in Hollywood or French movies, getting him even more international recognition than what he could achieve with the millions of downloads generated through his label's podcasts. The Craig Charles Radio Show on BBC6 has been hitting the airwaves relentlessly with Grant Phabao tunes and remixes, with words of praise including 'genius' and midas touch'!

Reggie Stepper with Grant Phabao is a dream combination come true. This amazing gritty & grainy voice dressed with a monster dubbed-out reggae stomping beat of 'I Came, I Saw, I Conquered' will hit you in the face like a SMASH. First you're gonna pull it up, then you're gonna play it again. And again. Killah material that we're proud to offer as a surprise, unannounced end-of-the-year gift!