Stepping Up In Time 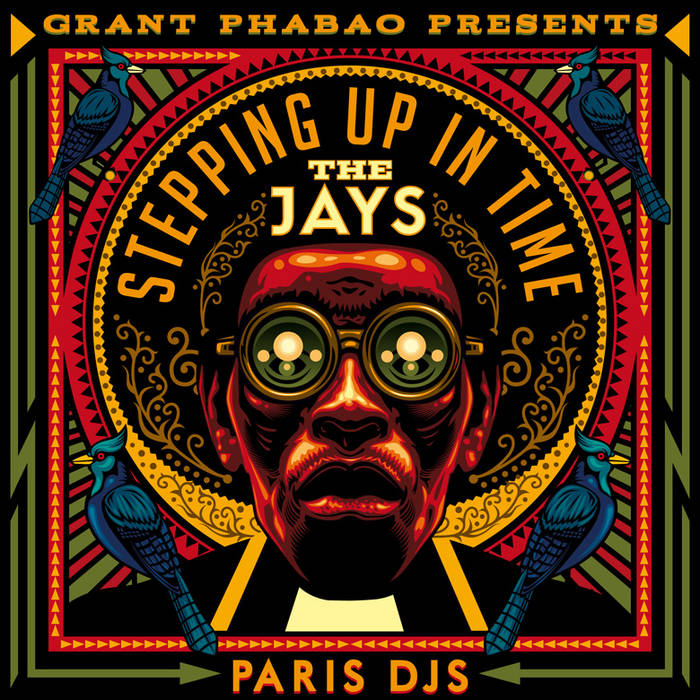 The Jays is a group that has made its mark on the Jamaican music scene, with hits such as 'Queen Majesty', 'Truly', 'Yaho' or 'Pick Up The Pieces'. They originally started out as The Royals, evolved into The Ten Pace and then into the The Jays, and are now composed of Lloyd Forrest, Errol Wilson and Leroy Hall.

Errol Wilson and Lloyd Forest started in The Royals in the mid-60s, famous for 'Pick Up The Pieces', their first major hit, a foundation riddim, one of the classics today in the dancehall scene, recorded for Coxsone Dodd at Studio One. Lloyd Forest became a member of The Chantels, while Errol Wilson was part of Blach Uhuru in the mid/late 70s, singing harmonies on their first album, 'Love Crisis', for Prince Jammy (1977), later reissued as 'Black Sounds Of Freedom', after the band had found success. But Errol left the band to concentrate on his own band, The Jays (or The Jayes). Leroy Hall joined them in 2003 and they released together 'The Right Solution' album, on Studio One. But Coxsone died in 2004...

In 2005 they met Grant Phabao who had come to Jamaica to visit his friend and collaborator The Lone Ranger. Ranger introduced Phabao to some of his reggae singing friends, Ranking Trevor, Purpleman, Danny Dread, Echo Minott, Sancho, Mylitan, who all recorded a song on Phabao's riddim, while The Jays did three: 'Zion Holy Place', 'Agatha' and 'Stepping up In Time'. During the winter of 2006 Grant Phabao did some reworks of some Jays reggae songs he had produced, into funk and jazz dressings. When he came back to Jamaica in March 2008 the band wrote and recorded 9 new songs, 5 of which with only a shaker to sing on - and without a single false note!

During the summer of 2009 a strictly limited 7 inch was pressed at 100 copies in Jamaica, released by the T.I.M.E.C. label with their distinctive 'instant collectors' uniqueness. The A-side, 'Don't Sell Your Soul' is a smashing roots reggae monster, with huge vocal harmonies on a deep and burning Grant Phabao riddim, but the gem of the record might be on the B-side, 'Zion Holy Place', a spiritual gospel/jazz piece on which the Jamaican church-infused harmonies of The Jays fit like a glove.

Early 2013 two digital singles were released: 'Stepping Up In Time', available in two versions, a roots one drop reggae tearing up the dancehalls, or a funk/rock rework for the less dready, and 'African Man', a massive reggae anthem - black, proud, and fighting for the future - along with two astonishing remixes from in-house producer Grant Phabao and Austin-based producer Adrian Quesada…

And finally the album is here!! After three full-lengths with respectively The Lone Ranger, Carlton Livingston and The Silvertones, The Jays' album 'Stepping Up In Time' is a new landmark in authentic Jamaican releases from the 21st century by the French producer Grant Phabao, who says : 'This is The Jays' first album conceived as such in their whole career. All others were compilations of singles assembling releases spread over decades.' With 12 new originals and a cover of The Paragons' 'The Tide Is High' written by John Holt, The Jays are back, as fresh as ever, ready to hit the charts!

'They really love to have their songs remade entirely, transformed into something else', adds Grant Phabao. A remix collection is scheduled for release on the Paris DJs label for the summer…