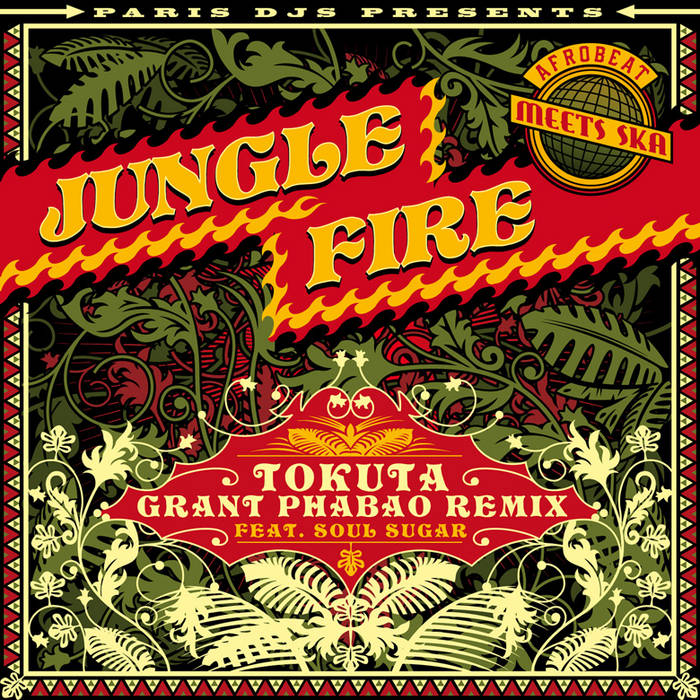 MicNagic Awesome Ska sound with uber Afro influence... what's not to love! it's full of soul :)

The Jungle Fire band digs deep into afro/latin funk with an approach that is both authentic and highly explosive! Comprised of musicians from the Los Angeles region, Jungle Fire pulls from only those who are dedicated to preserving, protecting and progressing LA’s funk and latin scenes. Members have performed with Stevie Wonder, Joe Bataan, Breakestra, Ozomatli, Quantic, Alice Russell, Celia Cruz, Orgone, The Greyboy Allstars and the list goes on. Summer of 2012 saw the release of Jungle Fire's debut vinyl 45 released on indie label Colemine Records, making big waves worldwide, to be followed by a second 7 inch this spring...

Grant Phabao is an amazing producer and multi-instrumentalist, recognized by many as 'the best sound engineer in Paris'. Backed by underground networker/A&R Djouls and designer Ben Hito, in the footsteps of his regular mixes on Paris DJs he's been putting out release after release every week for months already, relentlessly. A steady flow of singles and albums including collaborations with the most gifted musicians from the Afro/Reggae/Funk scene, including, Ebo Taylor, George Clinton, The Cactus Channel, Alice Russell, Shawn Lee, Franck Biyong, Lee Fields, Antibalas, The Souljazz Orchestra, The Lone Ranger, Carlton Livingston, Echo Minott, The Jays, The Silvertones and the list goes on. Summer 2013 should see the release of the Grant Phabao Afrofunk Arkestra album, following up on reggae albums from The Silvertones (feb 2013) The Jays (march 2013)…

Jungle Fire and Grant Phabao's musical universes collide with style & fashion on this brand new Paris DJs single featuring the magical keys of Guillaume Méténier aka Soul Sugar. The resulting combination is a unique 'Afrobeat meets Ska' concept, a blend of styles from L.A. to Paris creating a bridge between South America, Nigeria and Jamaica! An explosive dancefloor filler for sure.